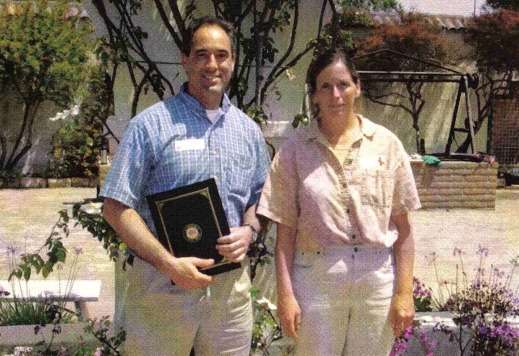 U&R received the “Association of the Year Award 2005” from California State Parks, Monterey District. We were honored at their annual awards banquet held in May 2006. Our company was recognized for providing volunteer land surveys and digital maps for two parks. Joan Carpenter, State Parks Associate Civil Engineer who worked with U&R on our volunteer projects, nominated us.

“Thanks goes to the following staff members for their volunteering on these projects and for their great work at U&R,” says Frank Rosenblum, U&R’s President and Principal Engineer:

* Recently left or retired from U&R